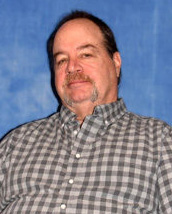 I am “fearfully and wonderfully made” and “the enemy is me”

Over 50 years ago American Animator Walt Kelly, in his comic strip “Pogo”, stated that
“We have met the enemy and he is us.”
I had just turned 12 and pretty much knew everything.
(Okay, which one of you in the back muttered “Nothing much has changed?”)
Ours was a country that was going to “you know where” in a handbasket. We believed that it was the responsibility of the government to “clean up” after us. But, it would have to come without taking any of our civil liberties away and not increase our taxes. Sound familiar?
But aren’t “We The People” the government? So, I’m blaming myself for the mess and want myself to clean up the mess? Sounds pretty responsible.
I don’t think I would have gone for that. Especially not at 12.
After all, I was only getting started.

In Psalm 139 David, as head of the government of Israel, faced similar issues concerning his role as King and man, who was chosen by God for just this role. But he admits to himself that he cannot get around the fact that as much as he wants to avoid the responsibility, God sees all and knows all and most notably,
understands the intentions of his heart. And as much as he wanted to run and hide from God, he could not because the Lord, had “searched him and known him” from the moment that he was “fearfully and wonderfully made”.
In John 8, Jesus absolves the adulterous woman of her sins that the “Government/Pharisees” have
accused her of. In verse 10 he asks if there is anyone left that condemns her of her sins to which she replies ”No one, Lord”. And Jesus said “Neither do I condemn you; go, and from now on sin no more”.

I have to admit to myself that “I am the church”, but I want God to “fix” it all so that I don’t have to.
And although I have committed great sins against Him, He does not condemn me and tells me to “Go, and sin no more”. (which probably lasts a nanosecond in the grand scheme of things.) I am a sinner and I “know” that I will continue to be. But He knows my heart, and even when I “know” that I am
responsible for my actions and live a “sinful” life, it is because I have placed myself above God and hope that he will not notice.
So, I have met the enemy and he is me.

“Heavenly Father, thank you for forgiving your “enemies”. Especially me.”

Immanuel Lutheran is a member of Lutheran Congregations in Mission for Christ (LCMC) and the North American Lutheran Church (NALC).